Skip to content
theyearwithoutwimbledon before lockdown 9th May 202022nd May 2020 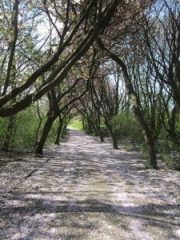 Some weird new virus has appeared in China.  Honestly, what a start to the year!  The fires in Australia, the trouble in the Middle East, Iran shooting down that Ukrainian plane, Harry and Meghan jumping ship, and now this.  Funny how these things just appear.  There was SARS, and bird flu, and swine flu.  Four years ago there was that Zika virus, which I kept close track of because I was going to Brazil later that year.  It all petered out, though, apart from for those poor little kids born with shrunken heads because of it, and it wasn’t even being mentioned by the time I went to Brazil in the October.  Presumably this one will too, as these things do.

Seventeen people have now died from this virus in China.

Two people in France have got this coronavirus now, and six people in the UK have been tested for it.  Public transport’s been closed in Wuhan, which is the centre of the outbreak.

It’s the Chinese New Year today.  All the decorations are up in town here, but celebrations in China itself have been muted because of this virus.  Some Chinese students who are at university here were interviewed on the local news: they’ve had to cancel their plans to go home for New Year because their families are nervous about them catching it.  Such a shame for them, but the virus does seem to be spreading. 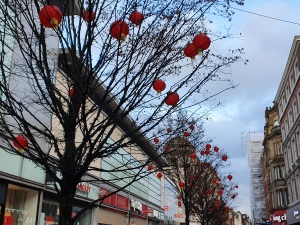 This virus is getting really worrying.  56 people have died now.  Hubei province, where Wuhan is, is pretty much being closed down.  An airlift’s being organised to get British citizens there home.

Saw a really weird post on Facebook today – something about a group of Donald Trump supporters saying that people who’ve got coronavirus (why is it “coronavirus” rather than “the coronavirus”?) should drink bleach! Don’t ask me what that was about!!

The evacuation flight from Hubei province should finally arrive tomorrow.  There’s been a lot of hassle over evacuating people: I don’t think the authorities there are exactly making things easy.  The people on it are going to have to go into quarantine.  They’re being taken to the Wirral, for some reason, to Arrowe Park Hospital.

Bloody hell!  Two Chinese tourists in York have tested positive for this coronavirus.  I hope no-one else there’s caught it.

We’ve signed Odion Ighalo from Shanghai Greenland Shenhua, on loan.  Presumably he’ll have to go into quarantine before he can actually come to Old Trafford, though, with all this virus stuff going on.  And people with holidays to China booked in the near future are going to have to cancel them.

This is all getting rather worrying now.